The adventure continues for FC Versailles

FC Versailles 78 won 4-0 against La Roche-sur-Yon (N3), thus securing a historic qualification for the round of 16 of the Coupe de France.

2022 couldn’t have started better in Versailles. In front of nearly 3000 supporters, the Yvelines club has transcended itself for its first round of 16 since 1948. Concentrated from the start of the match, the men of coach Youssef Chibhi quickly gained the upper hand over their opponent of the day thanks in particular to a doubled in less than 13 minutes from their striker and man of the match Christopher Ibayi. Quickly led, the Vendée players nevertheless had the opportunity to return to the score from the penalty spot, but that was without counting on the great performance of Versailles goalkeeper Dan Delaunay. 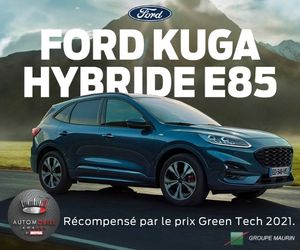 A goal from elsewhere

But the highlight of this match is undoubtedly this magical goal signed Makan Traoré at the half-hour mark. On a cross from the right, the midfielder triggers an instant volley 20 meters from the Vendée cage . What will surely be one of the most beautiful goals of these 16th is going around social networks and capsizing the Versailles fans. A fourth achievement before the break allows FC Versailles 78 to control the second period, but the essential is elsewhere.

The right to dream

Versailles therefore qualifies for the first time in its history in the round of 16 of the Coupe de France. Players and supporters must now wait until Tuesday January 4 at 8 p.m. to know their future opponent. But Youssef Chibhi has a preference. “We would like an important Ligue 1 club”, he confided after the match. There are many contenders with big names like AS Monaco or Olympique de Marseille, waiting for the PSG match tonight and the opposition between RC Lens and Lille tomorrow. One thing is certain: meet the weekend of January 29 for the continuation of this beautiful story. This is perhaps the new “little thumb” of this 2022 edition.