2021, a year that is difficult to qualify in terms of video game enjoyment. First, there is this crisis that refuses to end and let developers work quietly. On the other hand, home consoles have not yet shown their full potential, as they barely have a year of activity. However, it seems that 2022 promises nice surprises, but the agendas must still be respected. However, a few titles made it possible to spend a year that was not too gloomy and we are going to take a look at the highlights of 2021.

We start with probably one of the most significant games of this year 2021: It takes two. A game that was already eagerly awaited by players in 2020 and which has kept its promises. A colorful adventure that highlights reflection, but also and above all cooperation. The studio Mist light had already done strong in 2018 with Output (and Brothers before him) and its developers show us once again that they manage their projects and ideas very well. It’s hard not to advise you to play it! 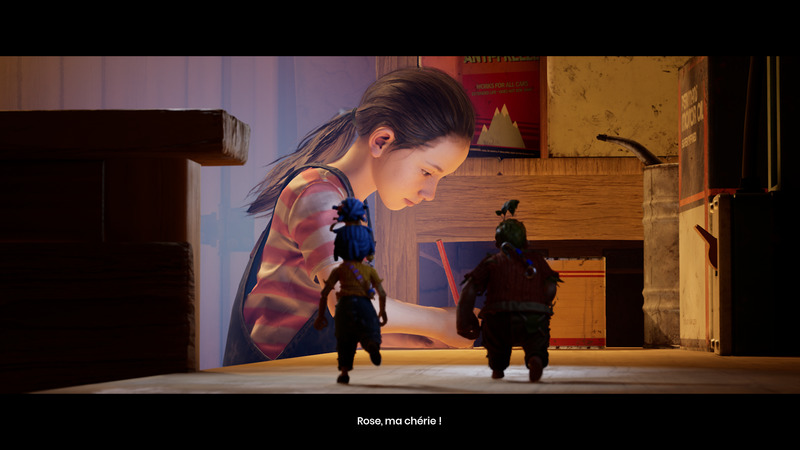 In another register, 2021 saw the arrival of yet another episode of Resident Evil with the famous Town. The opportunity to get back into the sneakers of the Winters family and once again face hordes of monsters just as monstrous as each other. The title also made a lot of talk for its antagonists and in particular Lady Dimestricu who burst the screen! Despite a writing that does not teach us much, the title offers a rather interesting horror experience and even offers us the promise, in the coming years, of continuity.

A landmark PlayStation 5 exclusive has arrived: Return. The title surprised a lot of people both by its Game than by its difficulty. A Roguelite with a quality narration that quite easily takes one of the best places near the living room console of Sony. An exclusive that PC gamers hope to see one day arrive on their screens even if the title can be very frustrating in terms of its difficulty, which is always well balanced.

Lovers of beautiful cars had the chance to get their hands on an exclusive Microsoft : Forza Horizon 5. The license returns to the front of the stage with sensations as unbelievable as ever, but above all with simply breathtaking visual quality. A safe bet that will allow you to spend a lot of time (given its massive content) on the roads of Mexico. 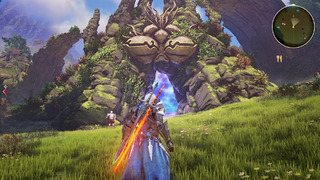 Another highly anticipated game in 2021 was Tale of the Ascension. Highlighting the 25 years of the Tales of license, Bandai Namco offers us here an adventure certainly not without flaw, but which has the merit of restoring the blazon of a license a bit stagnant. It should also be noted that the gameplay, like the other titles in the saga, is once again a success and is extremely dynamic. The game also has the chance to benefit from constant updates which add content or difficulty. If you have more than fifty hours and don’t know what to do next, this title could delight you!

On the side of indie games, we were also entitled to some small nuggets with in particular Encryption. The title trailer had already highlighted its somewhat creepy atmosphere and totally denoting other card games that we can know. However, very quickly, we get hooked to this kind of totally disturbed and disturbing world and we get sucked in. Another incredible 2021 title at level indies, Chicory: A Colorful Tale. A story that is told in the greatest simplicity in a universe in which you have to give color. Do whatever you want, be creative, help others, do nothing, follow the story… Chicory is the fun, no-brainer little adventure that everyone should allow themselves in 2021. And if you don’t. haven’t done so yet, enjoy 2022!

We continue on the independent phase with Roguebook which was developed by a Belgian studio (yes it’s rare enough to be mentioned, damn it!). A card game very inspired by a well-known Slay the Spire, but which offers us something refreshing both in terms of its gameplay and its graphics. Special note, it’s Richard Garfield (Magic’s daddy) who collaborated with the studio!

The Change has also known some rather interesting titles with in particular some iterations of Monster hunter with Stories and To augment. A license that remains solid on its supports both in its gameplay and in its atmosphere. We will also talk about Dead metroid which offers us here a return that perhaps lacks innovation and surprise, but nevertheless remains a safe bet and above all one of the classics Nintendo

No need to deny it, another title has also delighted a number of players, Nier Replicant Ver.1.22474487139 … (longer the title next time?). An optimized version of the one released in 2010 better thought out and offering a much more interesting experience for players. The prequel to the famous Nier: Automata will allow you to have another look at the history of the latter.

On the MMO side, if some are currently seeing themselves in the most total sauce with things not really very pretty, others have recently released what is certainly one of the best expansions ever released to date (yes I’m objective. ) to know Endwalker for Final Fantasy XIV. True conclusion of a writing having 8 years now, this extension brings few surprises at the level of its general gameplay, however, everything is relatively well mastered. The story of Final Fantasy XIV has joined that of the other great titles of the saga and this is good news for all fans, because for Final Fantasy XVI, it is also Naoki Yoshida. Can not wait to see the result !

And for 2022? What are the most anticipated games?

Hard to start talking about 2022 without mentioning Ancient Rings. Certainly one of the most important expectations and one that is revealed more and more as we approach the release date. Its belonging to the universe Dark souls, its gameplay, its open world and all its novelties are likely to bring a breath of freshness to souls-like. If some do not like this touch of novelty, it’s a safe bet that Elden Rings opens the door to many new players.

In 2018, we experienced a strong change in testosterone by discovering the new version of God of War. Leaving us on a most daring cliffhanger, the continuation of the adventures of Kratos and Boy (Atreus) promises to be electric. God of War Ragnarök should delight owners of the Sony console in 2022.

For those who have rather succumbed to the dark side of the force (or who have understood that the PC = Master Race), there is Starfield. Bethesda is in the driver’s seat for a new license about which little is currently known. We suspect that there will be a trend Fall in a space adventure, but the rest … We hope to find out soon!

Speaking of the sequel, Guerrila Studios hasn’t said its last word about Aloy’s adventures in Horizon Zero Dawn. Indeed, with Horizon forbidden to the west, the studio invites us to discover new landscapes that are still post-apocalyptic. The opportunity to bring out a whole mechanical bestiary, but also to perfect Aloy’s adventure with a combat system that is as dynamic as ever.

Remember, in 2019 JeuxOnline awarded the award for best game to A Beach Tale: Innocence. The Bordeaux studio Asobo will soon offer us the great joy of reuniting with Amicia and Hugo to continue their adventure in a medieval France marked by the ravages of the plague. A Plague Tale: Requiem will be here soon, get ready!

On the Switch side, we will note the arrival of an umpteenth iteration of Pokemon with Pokémon Legends: Arceus. A Pokémon game, in view of the fan base of the license, is always quite a mind-boggling event. Arceus promises some developments (including an open world) which, we hope, will be to the tastes of players.

For lovers of fighting and martial arts, Sifu very likely to be a pleasure. The studio offers us a story of revenge where the castagne will be omnipresent. We will therefore discover the Pak Mei, one of the styles of Kung Fu. As much to say to you that one can not wait to swing of the feet mouths!

Almost all the games I have played have one thing in common: I once stopped playing them. And that will be the case for those I currently play and those that I will play, however some last better than others. The Switch will soon be 5 years old and the fact that it is nomadic allows you to carry your games with you over the long term.
So I had the idea, as a review of this year that I found playfully bland, to share with you the three Switch games that I have been playing regularly since their release.

Dash was released on Switch in a “full package” form with the promise of bringing all current and future updates to the mobile version. So far, the promise has been kept, which means that the playlist, already substantial at the release, only grows at the same time as the artworks to be unlocked.

A little game from time to time, it lets off steam well and if you want to play the scoring to reach the top of the ranking, the slightest break at work will have to be profitable.

Vertical scrolling shooting games way maniacal shooter, Sisters Royale is a game that I regularly play for a small game in an attempt to improve my scores. The points scored being dependent on the risks taken, we always find new ways to optimize your runs … in theory, because in practice the term “bullet hell” is not usurped. My only regret about the game is that the developers seem to not be adding any more characters after the only DLC release of Ode, which had a very distinctive playstyle. But with 6 characters and still pathetic scores, I have plenty to take care of.