How Corentin alias Monaco76 embarked on the Sorare adventure

A loyal supporter of AS Monaco since his native Normandy, Corentin started on Sorare a year ago. In a three-part interview, he tells us how he successfully launched on the fantasy football platform.

If you are intrigued by Sorare, but you’re afraid of not understanding anything, or of going about it the wrong way, this interview is for you! Corentin, a 27-year-old AS Monaco fan, works in human resources. Originally from Rouen, in Normandy, he let himself be tempted by the game of fantasy football Last year. Since then he has created a Youtube channel where he tries to give advice to his community which is growing day by day. Meeting in three episodes with this football enthusiast, who became Monaco76 on the networks. First part: his arrival on Sorare! *

Here is my Team a little tinkered for the next deadline, to see what it can give but it looks complex! Good luck to everyone #so rare pic.twitter.com/vVUxEZMNEp

Hello Corentin. To begin, can you tell us how you became interested in Sorare?

I arrived on the platform in February 2021. So I will soon be on it for a year. I have known So rare thanks to a Spanish football site, which announced that Gérard Piqué had invested a large sum of money in this game. I went to see what it was, and as I’ve always been a fan of Panini-type card collections, I found it super interesting. Especially when I realized you could play with it.

There were few articles and only a presentation video on Youtube. (…) I wanted to explain my background in gambling, to play it down, because when you bet money on something, it’s always a bit stressful. Then I created a Discord (instant messaging software, editor’s note), where we must be 400 to 500 on it.

Did you have an attraction for football-related games at the base?

Before that, I played a lot at My Little Lawn, but most of all I was a big fan of Football Manager. I love scouting. I’ve always been an AS Monaco supporter, but I’ve also always liked looking for new nuggets. Before, I already read a lot of the foreign sports press, and on this game it’s a real advantage, because there is first of all a big French community. Knowing that some substitute players will be transferred to less upscale clubs and will therefore have more playing time, that’s where you can make capital gains. 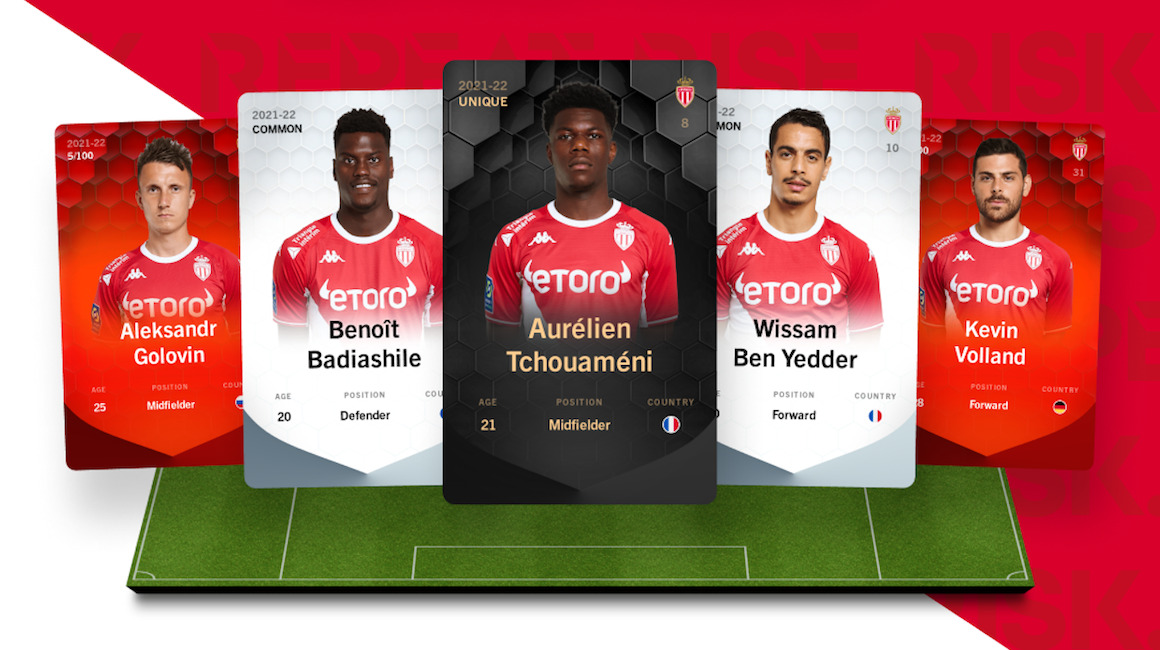 When I read the famous article on Sorare, I had a friend who had already been on the game for two or three days. We decided to launch together, a bit into the unknown, because we didn’t know much about it at the time. There were few articles and only a presentation video on Youtube. We invested very little money in the beginning, and that’s mainly how I got started on Youtube. I wanted to explain my background in gambling, to play it down, because when you bet money on something, it’s always a bit stressful. Since then I have already brought back between 200 and 300 people with sponsorships. Then I created a discord (instant messaging software, editor’s note), where we must be 400 to 500 on it. And then I landed on Twitter, which I was not originally a customer at all. Today I have more than 5000 subscribers (* it has since passed the 6000 mark), as well as 4000 subscribers to my Youtube channel.

With this game, you discover countries that you did not necessarily follow before. For example, the new coach of AS Monaco, Philippe Clement, I have known him for a year, since I follow the news of the Belgian championship and Club Brugge in particular. So I already know his style of play, given that I had players from Brugge.

CorentinOn the advantage of opening up to other championships

What is the purpose of your videos?

I discovered the game a bit on my own at first, and I made a few mistakes. I took players who weren’t really worth it. That’s why I made videos to explain how the game works, to warn about mistakes not to make. And on Discord I try to help as many people as possible. Result I receive between 50 and 100 messages a day on Twitter, and my mailbox does not stop. That’s also why I redirect people to my Discord, because I can’t reply to everyone unfortunately. In any case, I have a lot of positive feedback on my advice. I make more and more videos about scouting in lesser known countries. By the way today (* Wednesday January 13), I prepared a video on Austria.

Only one account to follow for Austria: @Sorare_Austria a real enthusiast, who speaks with ease and superb knowledge! He built me ​​a pool of the best players and high potential can’t wait to test this 🔥👌🏼 https://t.co/t8LvoJ4TaA pic.twitter.com/TCKR38XGkl

How do you explain the success of Sorare?

Curiosity for the game, it grows very quickly. Especially since there is the possibility of making handsome profits. Since I started, the value of my “manpower” has increased sevenfold compared to my initial investment. At first it was more for playing, for fun, but it has become a real source of income.

You were talking about discovering new championships. Can you tell us a bit more?

With this game, you discover countries that you did not necessarily follow before. For example, the new coach of AS Monaco, Philippe Clement, I have known him for a year, since I follow the news of the Belgian championship and Club Brugge in particular. So I already know his style of play, given that I had players from Brugge. In these cases, you try to watch matches, whereas two or three years ago, I would never have watched a Jupiler Pro League game. With Sorare there is really the collecting aspect, the football side and the discovery of other championships, which makes you really enjoy it.