Eve Online: 4 tips for embarking on this space adventure

Launched in 2003, Eve Online is one of the oldest massively multiplayer online games still in existence. And for fans of space conquest and science fiction, it still represents an attractive virtual universe. CNEWS interviewed one of the game’s creators at CCP Games.

They are still several thousand to join each day on the server of this colossal game which takes us to the stars. And while the weight of the years may suggest that only seasoned players can still travel there, its developers have actually designed an inclusive system called Eve Online Academy that allows newcomers to quickly slip into a ship and launch themselves towards the starcanvases.

The designers of this Game free (even if a paid version is offered) emphasizes that a beginner can learn the basics in less than 40 minutes, thanks to a welcoming tutorial and a benevolent community of players, as we have seen after a few hours of play. it is above all its colossal content that makes you dizzy: more than 350 spaceships, all customizable, are thus playable, while nearly 8,000 solar systems can be explored.

go to other players

From the start of the game, after having chosen his class, created his avatar and chosen his first small ship, the player can feel overwhelmed by many elements. The space seems deep and the proposed missions can be multiple. But in reality, it is not. Above all, once you have passed the basic tutorial, you can discover a solid community of players and join groups with more than 250 players at the same time.

“We even had more than 6,000 people in the same area and I would clarify that they were all real players and not NPCs managed by the server. All were launched in a gigantic galactic battle between different groups”, laughs Peter Farrell, community developer at CCP Games. “So they are trying to take over territory. This is why there are so many of them, because you have to know that it is a single universe. So everyone playing Eve Online is on the same server, which is huge and something very unique for 20 years.”

And to add, here “veterans of the game really like new players. In fact, everyone wants to seduce newcomers to embark on their adventures, because the more they are, the more they can develop their own influence.

know how to fight

“When you get into Eve Online, you’re bound to see fights. If the most experienced players will have access to the piloting of large ships, the new ones will necessarily be affiliated with light ships. But we designed the game in such a way that all the ships will complement each other. The idea is above all to discover that it is not because you are a beginner on board a small frigate that you cannot be useful to others”, sums up Peter Farrell. 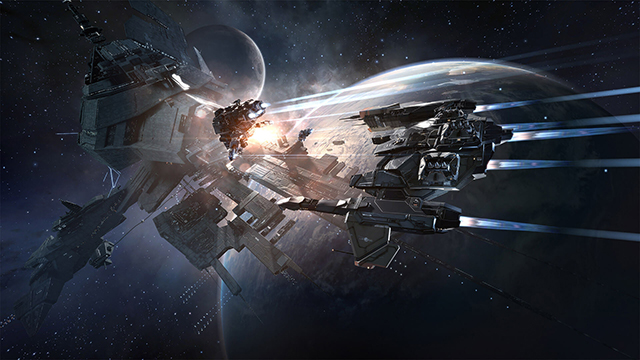 Above all, the game addresses from its beginnings the question of the death of your avatar. “We deal with this point very early because we reassure the players. It is not a question here of dying to redo everything. Even the most experienced players die dozens of times a day because they put themselves in situations where they will risk their lives. But if they come back in a new body, all their experience, skills and progress are retained,” he adds. Also, Eve Online has a paid version dubbed Omega, but staying on the free version doesn’t hurt. “If you’re on free-to-play you’re a bit limited in terms of speed, but that doesn’t mean you can’t be effective. There are thousands of players playing on the free version and if they only use a smaller sample of ships, they are very fierce”.

The game offers the player to specialize in certain tasks that may be useful to the group to which he wants to belong. Explorer, Industrialist, Executioner or Mercenary are the four main voices offered with skills that will go hand in hand with these careers. It’s up to you to decide whether you want to join large or more confidential groups. 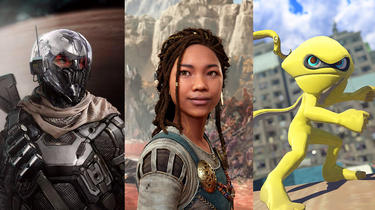 “Some of these groups bring together thousands of members, while others have only five or six, or even less. It’s a bit like choosing a university when you’re younger. Do you want to go to a big one that has a lot of experts in all areas or do you want to go to a smaller one where you will be closer and where you know your teachers and your classmates very well?”, underlines Peter Farrell . Be aware, however, that a career choice is not a closed path, it is always possible to choose another at any time depending on what you want to do or bring.

Beyond its extensive and colossal gaming component, Eve Online also offers to help real researchers through experiments in science participatory. A tool called Project Discovery is accessible at any time on the platform. “If a scientist wants to solve a problem and collect a lot of data, he can submit it to players. We work with a big company that kind of takes that data and puts it in the game for us. On our side, we will submit this experience in the form of a mini-game. The data collected as part of this experiment is then transmitted to researchers to help them in their projects,” concludes Peter Farrell.