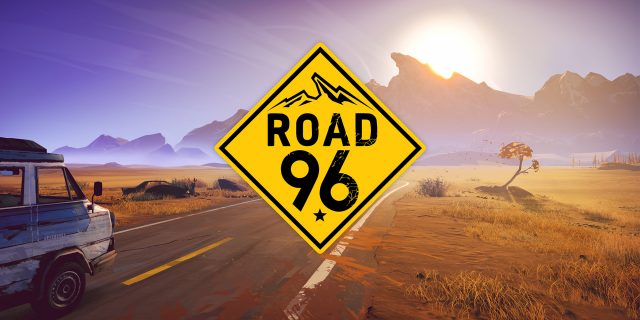 Ravenscourt and DigixArt today announce that Road 96 will be released digitally on PlayStation 5, PlayStation 4, Xbox Series X and Xbox One in April 2022.

First, as a reminder, Road 96 is a narrative adventure game that offers uncommon sensations of escape and freedom. The player embodies a hitchhiker who seeks to flee an authoritarian and oppressive regime. Consequently, he is led to experience action scenes that contrast with contemplative or melancholic moments. But also and above all, the player is led to experience human adventures. The idea is really to offer a journey to be built by the player over intriguing encounters and explorations of unusual places. Finally, the soundtrack made from hits from the 90s gives a very pleasant retro touch to the atmosphere.

During this perilous road trip to the border, the player meets colorful characters. He is therefore invited to discover the stories and secrets that unite them. But every mile you drive presents a new choice. Indeed, the decisions will change the course of the adventure, but also the people encountered, and perhaps even the world. In the end, thousands of roads cross the authoritarian nation of Petria and it is up to the player to choose their own.

It’s really exciting to think that console players will soon be able to go in search of freedom, discovering this adventure rich in emotions. Road 96, which draws its inspiration from the road trip films of the 90s, is perfect for this generation of consoles and its players. Sit back and get ready for a unique road trip.

Speed ​​through Road 96 by watching the trailer below:

To conclude, remember that road 96 is already available on computer (Steam, Epic, GOG) and Nintendo Switch. It will be released in dematerialized version on PlayStation 5, PlayStation 4, Xbox Series X and Xbox One in April 2022.