An adventure of ups and downs 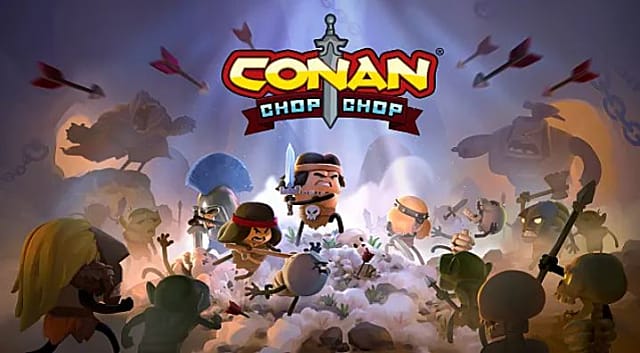 After the surprise success of Conan Exiles, the Conan the Barbarian series returns to the realm of video games with Conan Chop Chop. This entry, developed by Mighty Kingdom, is a comedic-toned 2D roguelike, set up from the start by an intro cutscene with some charming, if not obvious, jokes.

This light line continues with the artistic style. It’s reminiscent of the same style used by the webcomic Cyanide and Happiness, where each character has stick-like arms and legs, but blocky torsos and heads. Playing Conan Chop Chop feels like hacking and smashing your way through a comic book themed version of Conan.

Despite being derivative, everything is beautiful and readable. Enemies are always visible, and it’s clear when they’re about to attack. Similar to the visuals, the music is also enjoyable, fading into the background and swelling as needed to convey the sense of adventure through exploration and combat.

Beyond that, Conan Chop Chop is an adventure of ups and downs that feels like a running game. Its characters serve it well and the combat is fun when it works, but other parts still need work.

Conan Chop Chop Review: An Adventure of Highs and Lows

To reach Thoth-Amon’s lair, you, and potentially up to three co-op partners, travel through the world of Hyboria exploring forests, deserts, tundras, and a volcano. Each area is made up of interconnected challenge rooms, where entering a room locks you into that room until all enemies are defeated.

Once the enemies are gone, there are (most likely) multiple routes to choose from. Only one path leads to the area dungeon and boss. Mighty Kingdom gracefully marks the dungeon route by highlighting it in a different color, so if you want to head straight for the boss, you can.

Hyboria itself is randomly generated. Starting a new run remixes everything from the route to the dungeon, the challenge rooms along the way, and all the loot found in those rooms, though it never really changes how you play. Each of the enemy rooms never asks you to play differently or looks so different from the other rooms. There are different enemies with slightly different attack patterns, but they can all be finished the same way. whether an enemy attacks once or in a two-hit combo doesn’t really matter. So a greater variety of enemy types would have dampened that feeling of familiarity. 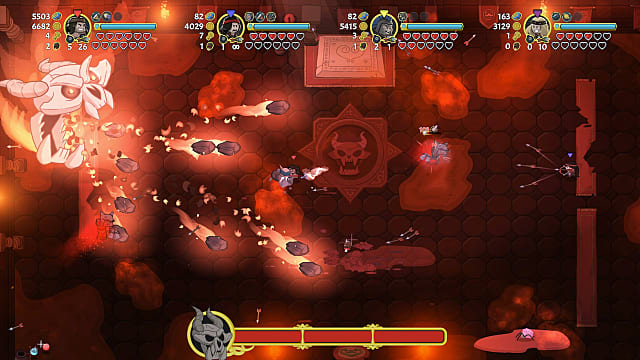 The lack of variety of enemies is all the more disappointing as the fights are interesting. Conan Chop Chop plays as a dual-stick brawler where melee attacks are tied to the right analog stick. Holding this staff in any direction causes your character to repeatedly attack in that direction. Combat is very aggressive with an emphasis on effective movement. Using your three tools – a shield, a scroll, and an i-frame ultimate ability – to dodge enemy attacks while dealing consistent damage is very satisfying.

The four playable characters all have unique strengths based on their various abilities. Both Conan and Valeria prefer swords, but Valeria is more focused on moving across the battlefield with a high dash count while Conan is more focused on getting close to enemies. Pallantides is the slowest character, more reliant on parrying. Bêlit uses bows the most and focuses on consistent movement to keep distance.

Each character manages to feel unique despite having the same tools at their disposal. Unfortunately, after multiple runs of the same structure and with the same character abilities, things still feel repetitive. 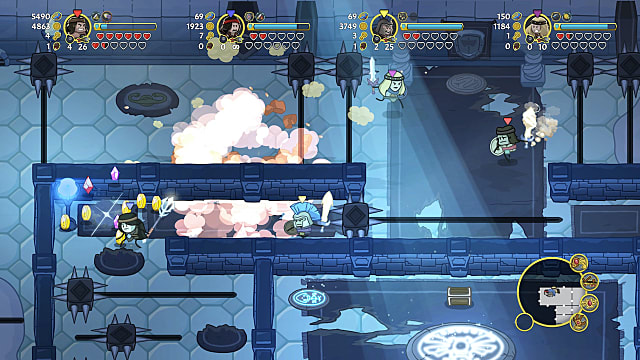 This feeling of repetition is somewhat mitigated by Conan Chop Chop’s loot and progression systems. You can upgrade your characters with experience points earned from each run. After a run ends, your level increases and earns you points to spend on Intrinsic buffs or new skills.

These change how each character interacts with the battlefield and enemies. Bêlit gains movement speed after doing damage with his bow, for example. These buffs are all permanent with each run once unlocked, giving an idea of ​​progress between runs.

Loot found in chests or purchased in town can fall into one of four categories: Charms, Weapons, Armor, or Shields. These all have different stats and attributes that change how you can approach combat. A specific shield will spawn fire tornadoes while parrying or a certain charm can allow you to spawn allies using your bow. These have the ability to create micro-adjustments that require you to try to parry or use the bow more, but the amount of these combat-altering attributes is quite small. Generally, success comes from using all the tools at your disposal, not just one. 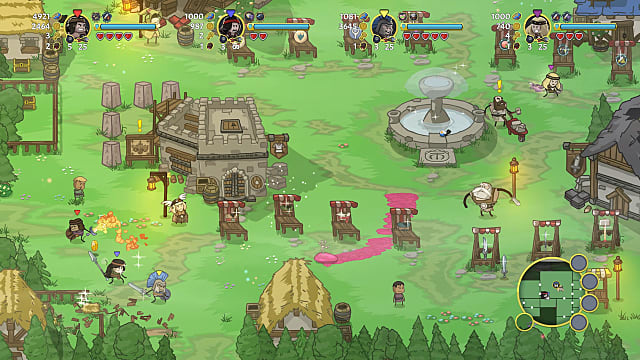 Conan Chop Chop already has some player base issues. It heavily emphasizes its cooperative nature from the character select screen, from always showing locations for other players to a few charms that are only viable in a party. Unfortunately, multiplayer isn’t really an option. People don’t use online matchmaking.

Even during what should be peak hours, there were too many times I went online to try and find another player and found nothing. When I found someone to test online multiplayer, it worked fine. Performance was solid. The gold picked up by a player earns gold for the whole group. Enemy health is scaled to the number of players. Players can still start Chop Chop solo; however, playing it this way feels like a four-course meal missing a course. 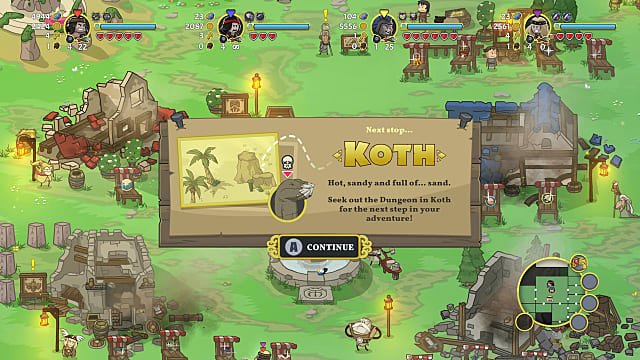 Conan Chop Chop is a confrontational game to play. For every clever or charming idea, there’s another idea that doesn’t work or isn’t implemented in an ideal way, making for an uneven experience. That, combined with multiplayer being mostly an option only if you know people who are already playing, makes Conan Chop Chop more disappointing than fun.