Sequel to the already impressive Horizon Zero Dawn of 2017, new Horizon Forbidden Westsigned by the Guerrilla Games developer studio, takes up – much better, that is to say – everything that made the success of its predecessor and gets rid of the weak points that remained. 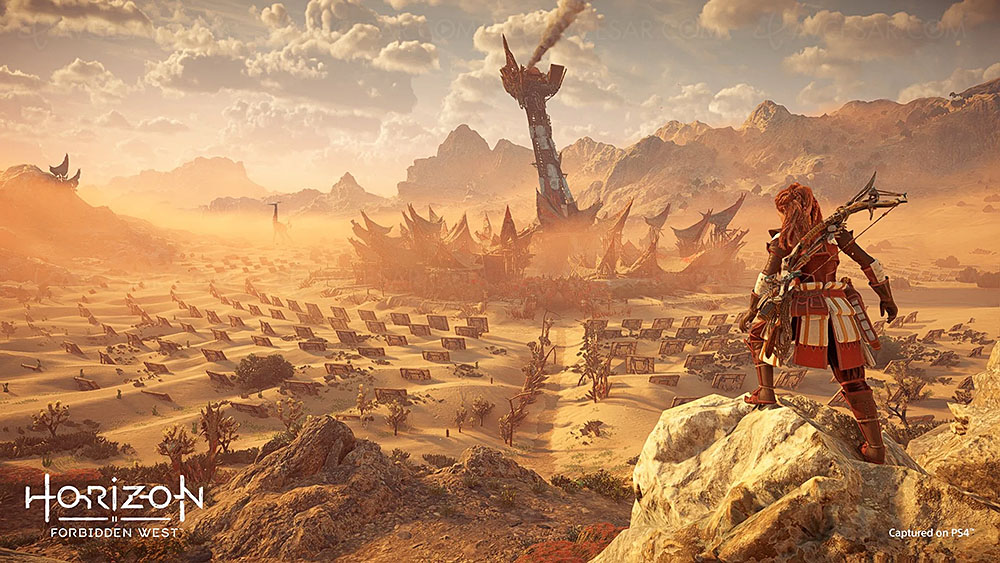 First of all, a little official pitch to get into the mood: “ The earth is dying. As fearsome new machines prowl around their borders, violent storms and an out-of-control plague decimate what’s left of humanity. Life on Earth faces another extinction and no one knows why “. At the center of this open-world adventure set in post-apocalyptic terrain is a strong heroine, Aloy, who achieved near-legendary status after the events of the previous game. 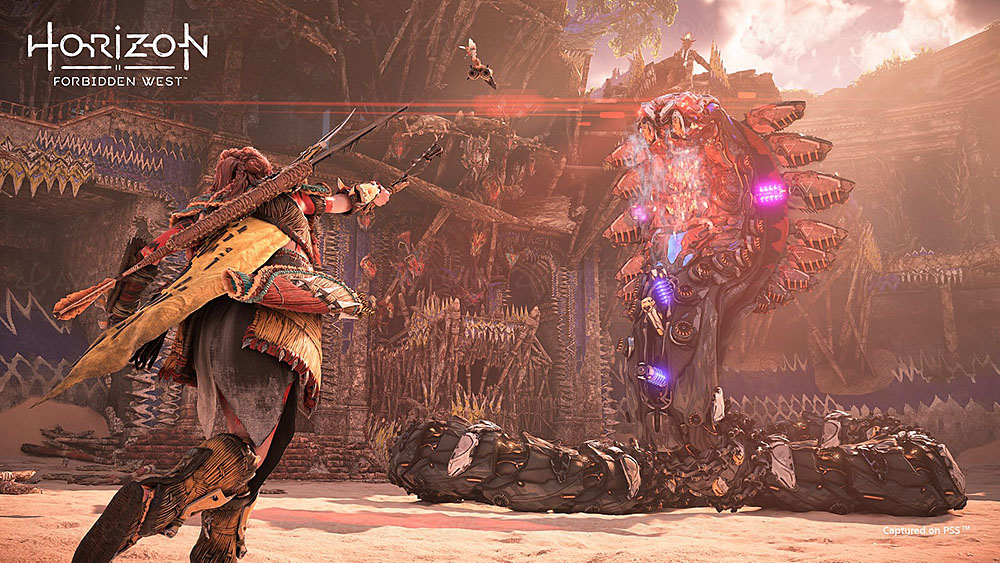 Both human and synthetic, Aloy is both feared and respected by the survivors, hunted down by fearsome machines that look like prehistoric predators. His new adventure is told through scenes worthy of the great action cinema, while the game strikes a satisfying balance between exploration, action and combat. 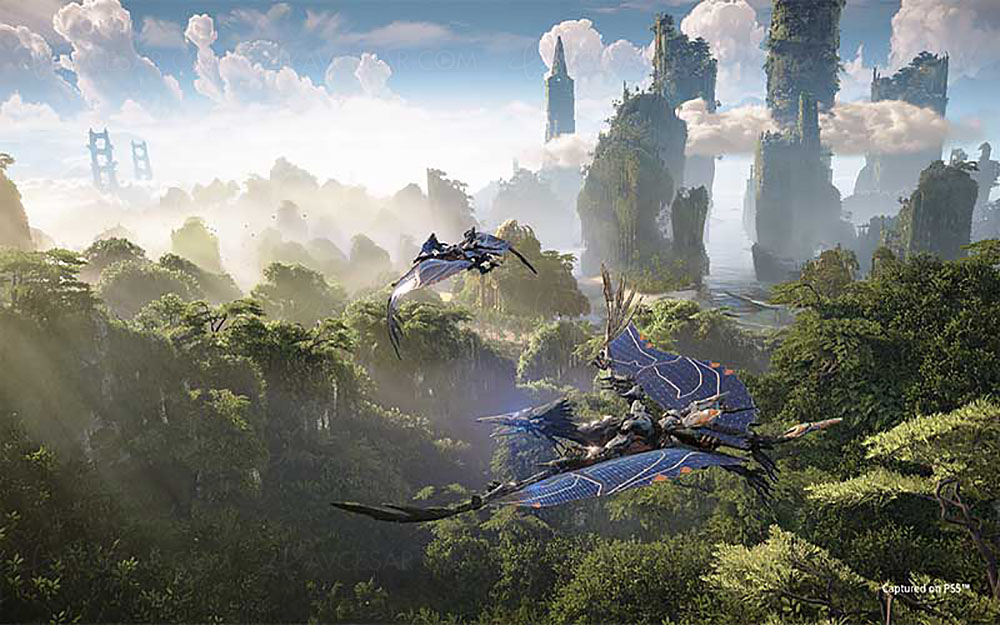 The mostly gigantic enemies can be tackled in a variety of ways thanks to their multiple weak points. Aloy, she attacks and defends herself mainly with her bow, a weapon that takes advantage of the tactile subtleties of the DualSense controller. The already excellent combat system of the previous episode is improved here, with more options like new weapons and ammunition allowing everyone to fight as they wish. 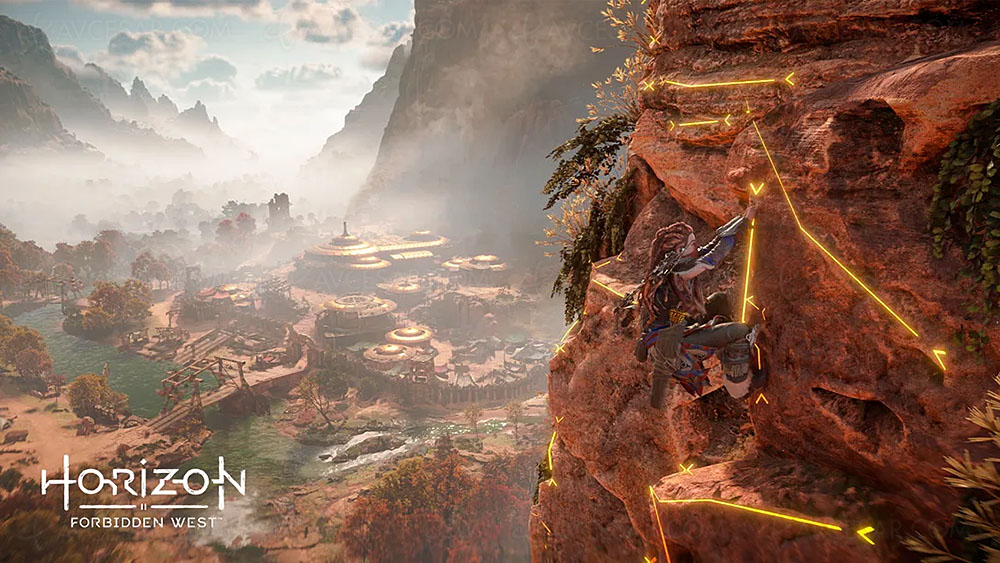 On the exploration side, you feel an increased freedom, especially when it comes to climbing steep surfaces. Note, a new grapple named Pullcaster for easy lifting and especially used in solving puzzles. Many puzzles, as well as interesting and sometimes long (in a good way) side quests. Big improvement also at the level of the camps, cities and villages sheltering humans, more fleshed out than before and giving even more life to this magnificent world.

Beaches, snow-capped mountains, deserts, and jungles unfold as you explore, places that rival in detail, especially in the ruins of what humanity once was. On the technical side, the game is already stunning on the “old” PlayStation 4 and is even more beautiful on PS4 Pro. As for the PS5, it’s the most spoiled, offering a splendid Ultra HD 4K resolution at 30fps and a 60fps mode that boosts fluidity at the expense of the level of detail. 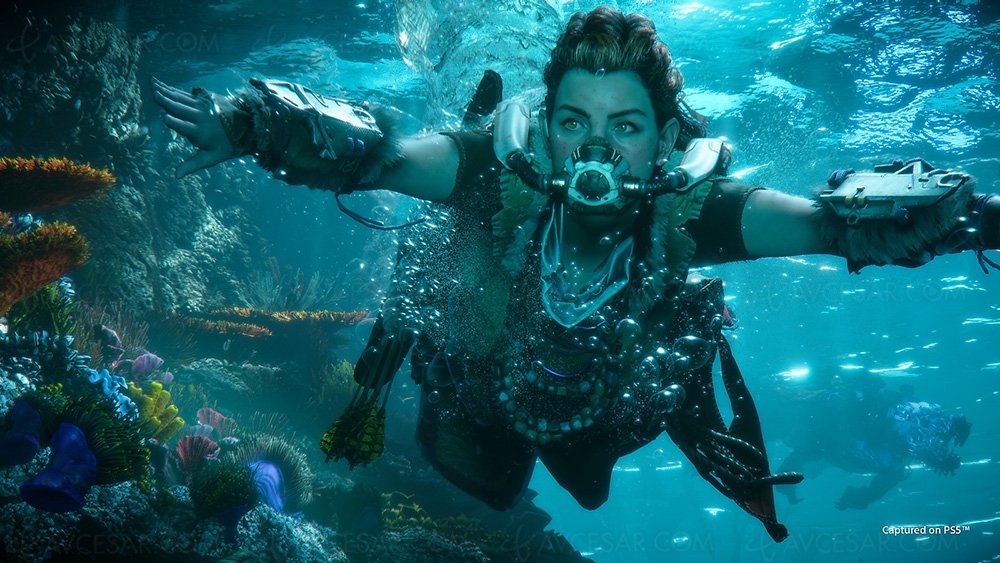 Of course, the management of HDR is not perfect as soon as the heroine moves with a drop in luminosity which leads to a pumping effect. But in the first place, it’s not very embarrassing, then no doubt that the developers are already working on an efficient update. We should not miss this grandiose, magnificent, breathtaking title, which will certainly mark the PS5 but also the history of video games. Finally, note the presence of renowned actors in a few secondary roles, such as Angela Bassett or Carrie‑Anne Moss.

Share
Facebook
Twitter
Pinterest
WhatsApp
Previous articleCotentin: since the end of the adventure for two brothers, this establishment is still looking for a buyer
Next articlethe convoy of hope, the human adventure of a family gone to help refugees (episode 1/5)