an epic western by Cecil B. DeMille (on Blu-ray and DVD) 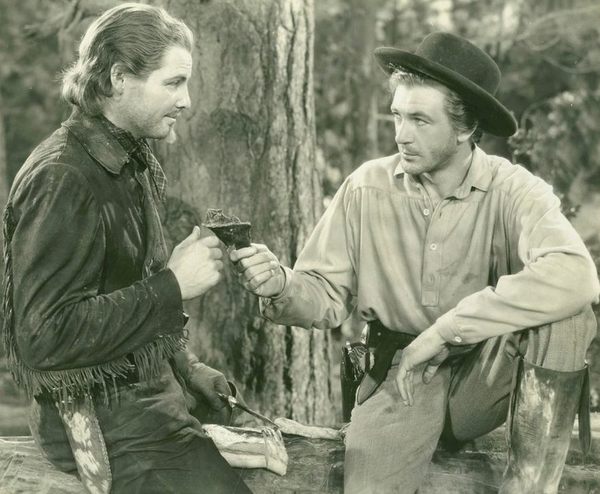 At the end of the Civil War, the arms dealers decide to sell their stock to the Indian tribes, without worrying that this will weaken the semblance of peace. It is the dubious Lattimer who takes the lead. Buffalo Bill, demobilized after the war, now wants to enjoy peace with his wife Louisa. But a reunion with his old friend Wild Bill Hickock will bring him back to service, time to escort a group of soldiers…

Despite its enticing French title, A Buffalo Bill Adventure is not at all devoted to the exploits of the legendary bison hunter played by James Ellison but to the no less famous Wild Bill Hickok played by Gary Cooper! It is true that the two friends once shared the traveling show Buffalo Bill’s Wild West Show and that Buffalo Bill, a legendary hero during his lifetime, spawned countless westerns, no doubt commercially influencing the studio’s head of French titles. The fanciful scenario takes wide liberties with historical reality, mixes and compacts the facts (11 years between the assassination of Lincoln and that of Hickok… reduced to a few weeks), not hesitating to bring in General Custer (John Miljan ), Little Big Horn (shot with 2000 extras), Calamity Jane (played by Jean Arthur), herself an authentic and legendary heroine of the West and the subject of numerous films and series. When Cecil B. DeMille conducts in 1936 A Buffalo Bill Adventurehe has already acquired the reputation of being an excellent director of “historical” blockbusters (The ten Commandments1923, Cleopatra1934, The Crusades, 1935) with crowds of extras. But, with this western, he begins his cycle to the glory of pioneering America and revives the genre. He entrusts the role of Hickok to Gary Cooper, a young rising star of Hollywood, who, the same year, almost had an Oscar for The Extravagant Mr. Deeds a film by Frank Capra in which he also had Jean Arthur as a partner. The director finds Charles Bickford (John Latimer) whom he had spotted at the theater and whom he had played in Dynamite, his 1929 film, and he gives a chance to debutant Anthony Quinn, the Mexican-American actor who plays a Cheyenne by improvising a meaningless fake Indian dialect live on set. With the mastery we know of him, the filmmaker offers us an epic western skilfully alternating impressive action sequences and moments of pure emotion, superbly served by all the actors, with a thought for the delicate Helen Burgess. This actress was discovered by Cecil B. DeMille and played her first role here (Louisa Cody) but after only four films she died of pneumonia, aged 20, the following year. As always, Gary Cooper is impressively calm with a completely restrained game that does not prevent his romantic duet with Jean Arthur from being a jewel of emotion. A Buffalo Bill Adventure, always as pleasant to watch, is a film worthy of its director, with a revisited History, presented larger than life, but characterized with an incomparable panache! Very entertaining. In the bonus, it is said that the endless scrolling credits would have inspired that of Star Wars. It’s possible but another film seems just as likely: The Disappeared of St. Agil (1938) which also has similar music! 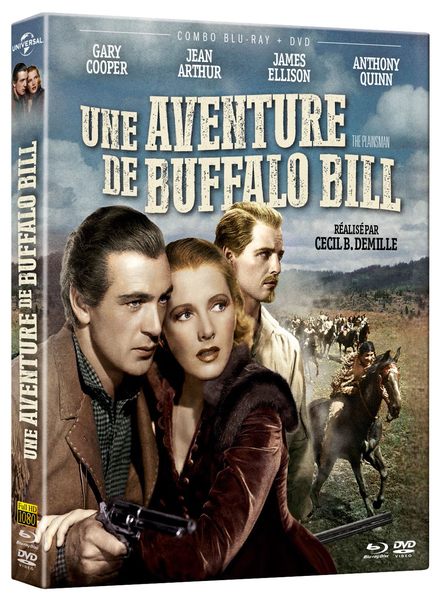 His : English 2.0 monophonic mix, clear dialogues without distortion, a little cavernous with moderate breathing, excellent dynamics which favors the atmospheres and the score of George Antheil, limited top of the spectrum; Vintage monophonic VF 2.0 affected by many faults (creaks) difficult to bear, heavy breath, artificial dated dubbing, to be avoided