Pompom – The little hamster is going on a great adventure! 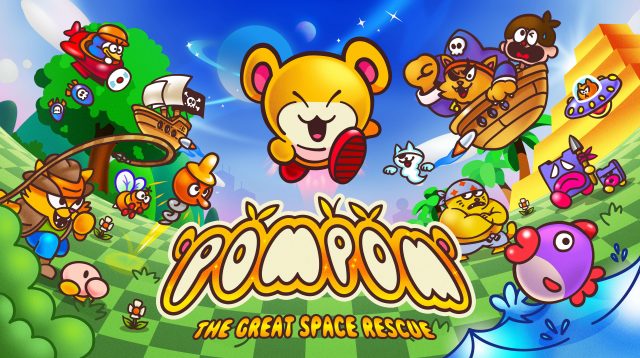 That’s it, it’s the big day for Pompom! The little hamster that has nothing to envy of Hamtaro arrives on Steam today.

A brand new platformer hits our PCs today. And the latter will undoubtedly delight fans of cartoons of the 2000s. Today, Tomo Camp and PID Games just released a new game about a little hamster. And prepare to be surprised because Pom pom turns out to be a puzzle-action platformer not like the others !

We already told you during our previous article on the hairballbut we prefer to repeat ourselves: the title of the game is a trap ! Indeed, although the title of the game is Pom pom, you will not embody this creature! Instead, you will have to control the rest of the level. From outer space, to beaches full of flying fish, to ancient temples lost in the jungle, you’ll have to help Pom pom using decorative elements. And for that, you have to go fast. By placing the platforms yourself, you will have to allow our hyperactive hamster to find Hoshi, his friend kidnapped by Captain Cat. Armed with a lot of courage and little brains, Pompom can only count on you to save his friend!

Tomo Camp took advantage of the Steam platform to allow his game to see the light of day on different media. Thus, we can test Pompom on Windows, Linux and Mac ! If you are familiar with these last two operating systems, then you know that it is rather difficult to play without steam … But that’s not all ! The game will also soon see the light of day on nintendo-switch ! When ? We will tell you more when we have the information! So to be sure to know the rest of the adventures of the little hamster, join us on our social networks Facebook, Twitter, instagram or our channel Discord. See you soon !