Dairy farmers take a day for an extreme adventure

Two dairy producers, Michel Frigon and Dany Minier, accompanied by young people who work on the farm, Gabriel Menier and Alexandre Frigon, all took a rare moment off to go up a northern river on an off-trail snowmobile.

They left on March 12 at 7:30 a.m. and returned at… midnight. They lived an extraordinary adventure, which allowed everyone to go beyond their limits, to appreciate the camaraderie and the magnificent landscapes. This kind of expedition required nearly 250 liters of additional gasoline and a good dose of endurance. Previously, Michel Frigon also organized a much more modest expedition to introduce snowmobiling to his Guatemalan workers, who made an indelible memory of it. 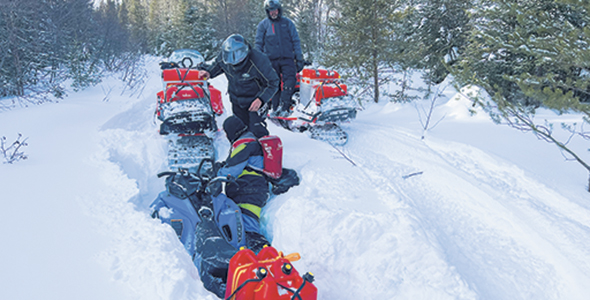 Snow is not lacking in Lac-Saint-Jean! Although Alexandre is an outstanding pilot, his uncle Michel Frigon had to tow him with his snowmobile. 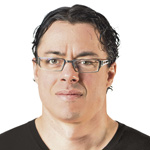