My caravan at the bottom of the garden!

The story is completely anecdotal. It takes place in an era visually reminiscent of the Middle Ages with bandits and monsters everywhere. Your role is to carry out a royal convoy to the border, hence the name of the game Royal Frontier.

Why make it simple when you can make it complicated ? No, it’s the opposite this time around. The style of the game allows this kind of scenario vacuum. After all, are we only here to die and start over?

A rogue-like with an efficient architecture

Since we are talking about rogue-like, we are necessarily talking about run! So how does a game go? Very simply, otherwise it wouldn’t be funny. To start, you have to choose the escort of the caravan. There are three characters with different abilities to choose from at the start. There is the archetype of the warrior, the priest and the mage.

Then over the course of the restarts, you unlock others, up to six large max, with always the constraint of three bodyguards per run. It’s up to you to compose the team that will allow you to reach the end of the border.

There are three passive bonuses to choose from about fifty to unlock, before hitting the road. They make it possible to increase the points of life, magic or to earn more money and many other things.

Once the three big guys are hired, the protection work begins immediately. With its small tutorial bubbles which are appreciable, we explain how to navigate on the map and the different icons at each stop.

Concretely, your convoy moves one square per day on a map with three lanes. It is possible to fork along the way if there is a fork between the paths. A bit like the game of goose, each box corresponds to an event. Most of the time you have to face a group of enemies and sometimes there is a merchant or a village for you to rest.

Nevertheless, you have to cross swords regularly. On this side the fights take place like an RPG where each team attacks in turn. You select a basic attack or skills based on magic points. The small difference is that the clash is not as static as classic RPGs. You have to press the B button with a fairly simple timing to grasp when attacking or defending yourself to inflict more or take less damage. 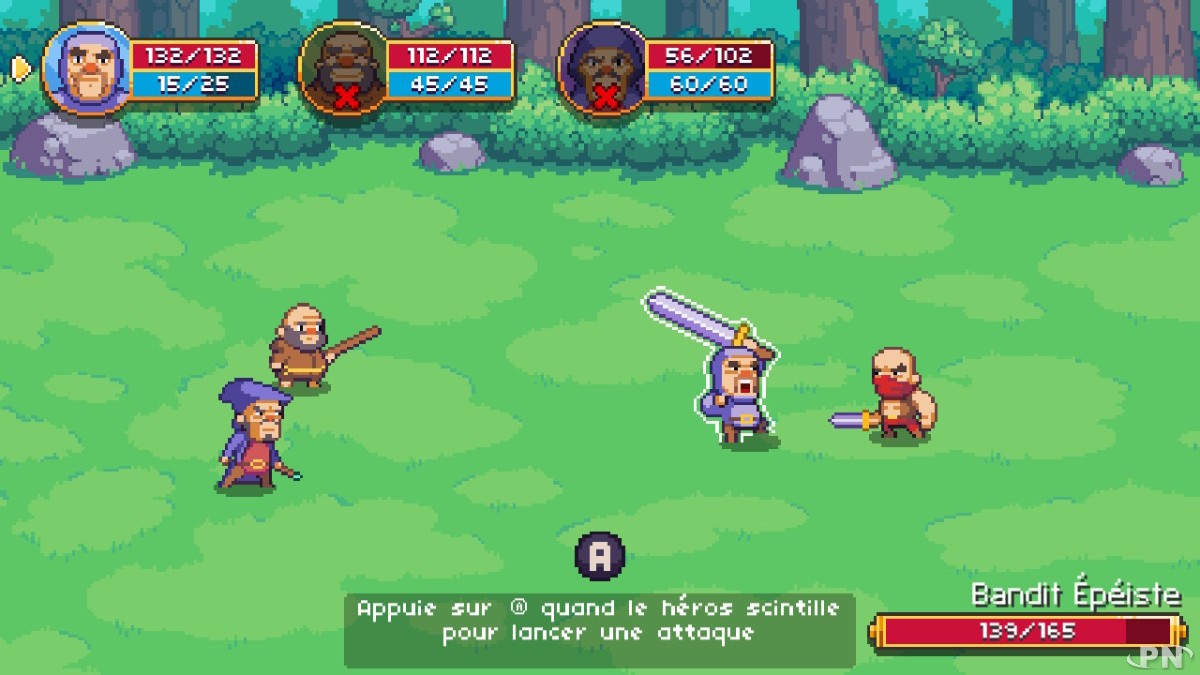 It’s not much but it helps to energize a tad adventure. For example, the magician’s spells work a little differently but the principle is the same, you have to interact with the attack.

Once the enemies are defeated, you recover a sum of gold or various objects such as healing potions or equipment. However, neither your life nor magic points are regenerated. Which will bring you to certain death. 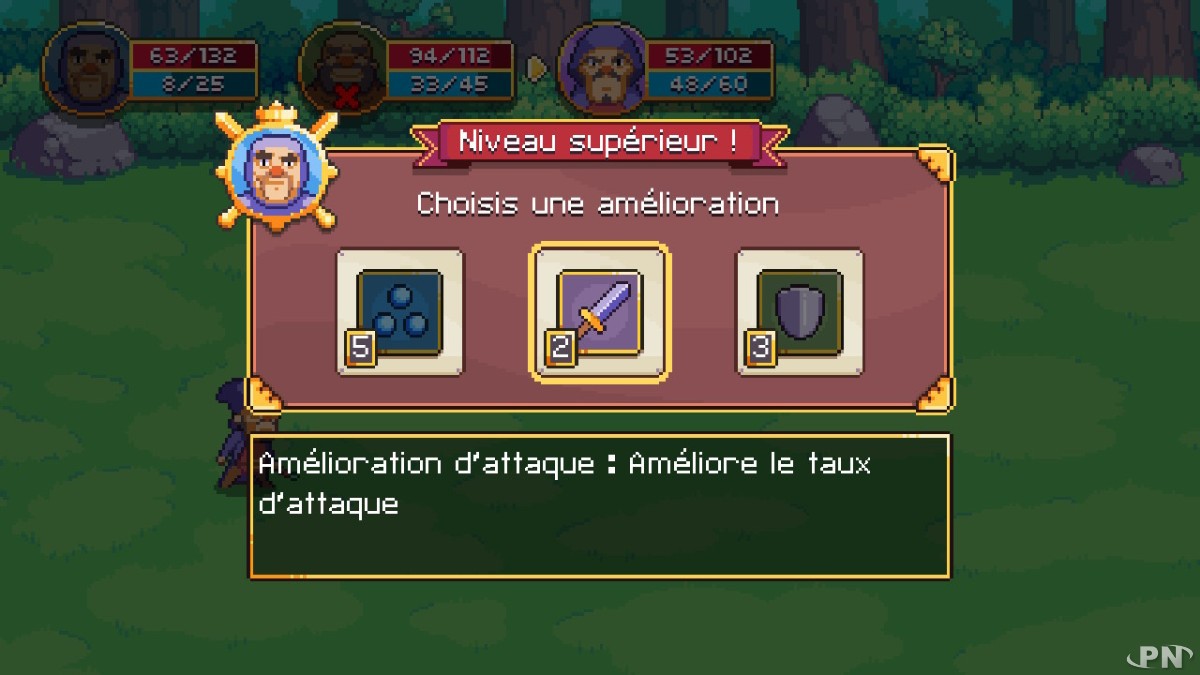